These macro lenses are very powerful. It's almost like viewing the world through a microscope.

Laundry mark? On a restaraunt napkin.

Tiny fungus on a fallen tree

I used this in a web design project. My shirt. I have had this for several years.

Ready for distribution around the lawn - dandelion seeds. Children call this a clock.

I always like to get down really close. This is a rabbit's eye view. Can they see in colour?

Pictured on a walk towards Wytham Woods 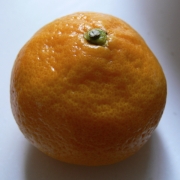 First image from my Lumix camera

for breakfast on the island of Paros

Now I understand why they are called 'Snowdrops'. They really came out as soon as the snow melted...