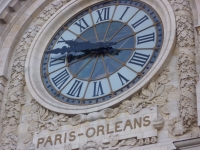 The family spent a glorious few days in Paris. The weather was a little too cold for the open-top bus ride, but we saw some wonderful things and took a few photos.

Posted on 04 Nov around 8pm 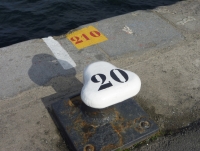 Wandered around the port of St. Malo in the summer of 2010 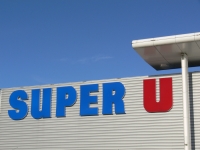 Sometimes we see a shop sign or an industrial logo on a vehicle. Sometimes we are just impressed at the size of the lettering. Here are some recorded with the camera. 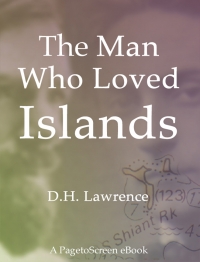 This story was written in 1926 but then not published until 1928, after the author's death. The story was published as one of a collection of short stories; The Woman Who Rode Away and Other Stories, Knopf, New York.

This ebook is delivered to you in the ePub format. The epub is optimised for the iPad, but will work equally well on a number of ereaders.

Martyn Daniels pointed us towards the Random House promotion of the new Dr Hannibal Lecter novel from Thomas Harris. Random House have set up a dedicated web site for the book here and after a creeping about in a virtual space you can get a sample of the book. Don't get too excited though. We don't think this is as good as it sounds. Here is Martyn Daniels site, where we first observed this topic.

Posted on 09 Jan 2007 around 10pm • Tagged with: Books | Publishing | Permanent link to this article

What is the difference between a page and a leaf?


I was thinking of the word leaf and how it is not often used in relation to books and metaphors that we use in screen-media.

The page of a book is the surface on which words and pictures are presented. The leaf refers to the actual sheet. A leaf will have two pages - one on each side. We say in the English idiom:

To mean, starting again in a positive way. Of course, this means turning two pages. Screens are only one sided but there are a variety of ebook systems that simulate the turning of a page. I wrote an article about this a while ago, so I make a link to it here.

Posted on 21 Nov 2006 around 11pm • Tagged with: Ideas | Print Technology | Permanent link to this article

I heard a podcast with the voice of Eddie Freeman, the creative director of O'Reilly Books.


The idea of putting an engraving of an animal on many of the O'Reilly books was her idea. She had a book of engravings in her home and used that to seed the idea with her publishing colleagues.

Posted on 14 Jun 2006 around 10am • Tagged with: Publishing | Permanent link to this article

Amongst the Christmas presents was this one: In Search of Shangri-La: The Extraordinary True Story of the Quest for the Lost Horizon by Michael McRae. I loved it to bits.

This is one of those books that sets up a train of ideas which leads to other things.

This book is about the search for a legendary paradise that has eluded explorers in remote Tibet for as long as anyone can remember. In a deep gorge between two high Himalayan mountain peaks, there was said to exist an earthly paradise, a utopia - well anyway at least a waterfall.

Geographers could not account for the fact that the river that flowed from the high Tibetan plains, could not lose so much height unless there existed a very high waterfall. Because certain areas of this deep gorge are virtually innaccesible, then it was presumed that there would be a waterfall somewhere in the innaccesible region. This book tells the story of its discovery and there are deeper mysteries:

We all went to see King Kong and got scared by the creepy, slimy creatures but NOT by King Kong!

We love the King Kong story. Well actually, I suppose it's me. I love island stories and this is one of them. I have the original 1933 version of DVD and the children in our family have seen that, and were impressed. The latest version by Peter Jackson was described by my youngest daughter as 'over the top' or, 'OTT' as she often says.

Posted on 08 Jan 2006 around 4pm • Tagged with: Noticed | Permanent link to this article

Makezine has an Ancestor

I am very impressed and enthralled by 'Make'. The quarterly magazine, published by O'Reilly, shows us how to make wonderfully useful things.

Rummaging through my father's old magazines, I found a big bunch of early issues of 'Practical Mechanics'. Here is a cover from one dated march 1937. So you see this is not a new idea, just that we have much more technology available to us in this century.

The cover story in this 1937 issue of 'Practical Mechanics' was Profitable Printing at Home. The article is, in part, a review of a small printing press invented by Donald Aspinall. I quote:

In 1922 he built his first machine, found it satisfactory, and put it on the market. It was named the "Adana" -an anagram of the initial letters of the inventor's name ....